Administered through the University of Alaska, Fairbanks, this project was created from a NASA grant in 1990.

Watch the episode from the Discovery Channel show “Faces of Earth” featuring this dome: 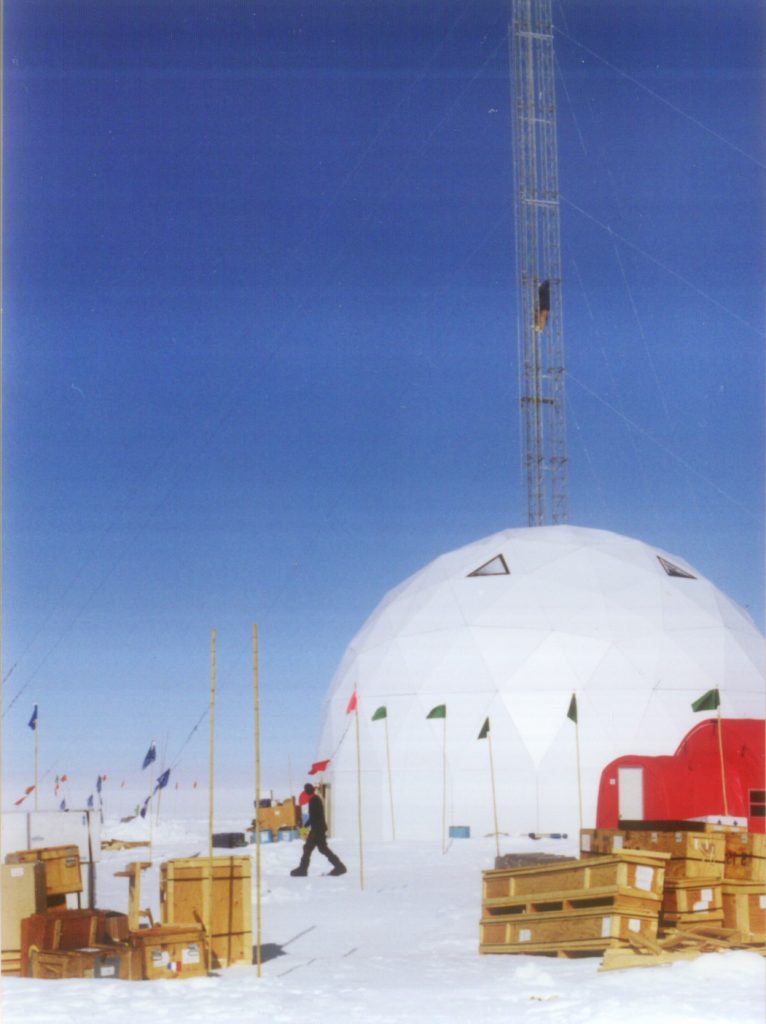 The dome covered the drilling equipment and a 100 foot tower (up through the middle of the dome). This was a six year project to drill through the 10,000 foot thick ice cap. 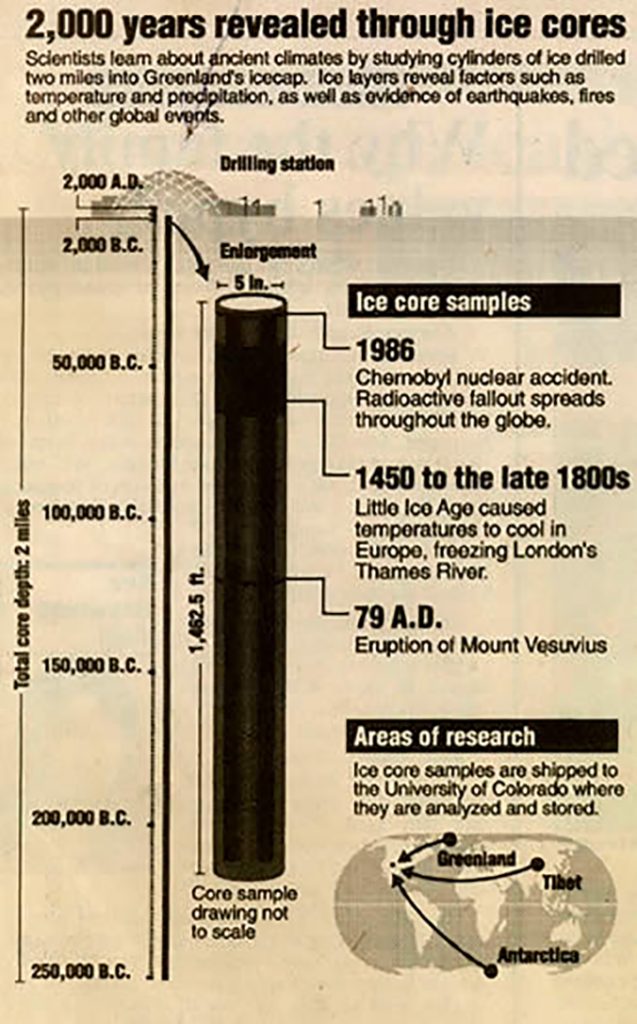 Moving quickly but gingerly, a crew of heavily outfitted drillers coaxes a long icicle from its container and hurries the glistening prize to a dumbwaiter. Room temperature here hovers at a dangerously warm level, only 10 degree C below freezing, and the crew must lower the ice as fast as possible into the safety of a cold snow cellar. They take care not to slip, though. The chunk of frozen water they hold is valued at more than $30,000. 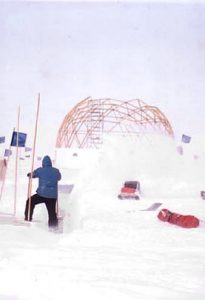 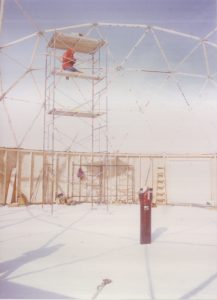 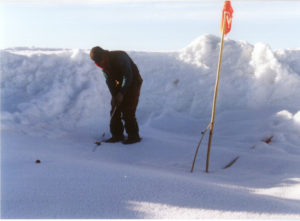 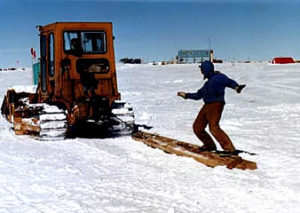 This particular cylinder of ice represents one small step in a five-year effort to probe some of the hottest issues in climate-change research. The U.S. program, called the Greenland Ice Sheet Project 2 (GISP 2), aims to drill a 3,000-meter-deep hole straight through the thickest part of Greenland’s glacial cap while collecting ice samples from every layer. At a nearby site, European scientists are drilling and sampling a similar core. Together, the two frozen records will give researchers their best look yet at how Earth’s climate has behaved through some 2,000 centuries – a key to understanding what may lie ahead in an era of global warming.

From the vantage point of the GISP 2 campt, ti’s not hard to imagine Earth as it was 18,000 years ago, during the coldest stage of the last ice age.

GISP 2 scientists spend their summers in a flat, frozen world some 650 kilometeres north of the Arctic Circle, near the highest part of the immmense ice sheet blanketing more than 80 percent of Greenland. Beyond the scattered buildings and tents, a white plain stretches in every direction toward unbroken horizons. On an overcast day, sky and snow wear the same dull hue, creating a featureless void that seemes to go on forever. 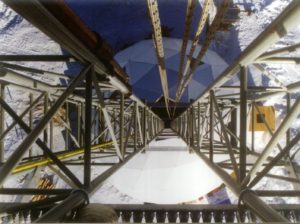 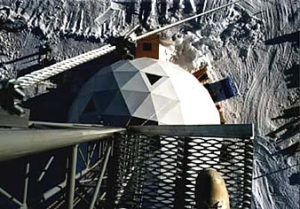 This is how Denmark or Detroit must have looked during the lst ice age, when thick glacial sheets covered much of Europe, Asia and North America. In the United States, the glaciers reached as far south as St. Louis in the heartland and Long Island in the east. Though the ice retreated from most parts of the globe by about 10,000 years ago, it still maintains a grip on Antarctica and Greenland.

The ices sheet beneath the GISP 2 camp measures more than 3 kiometers deep – a load so heavy it has warped the bedrock on which it rests. Save for parts

of Antartica, Greenland’s summit region has the world’s thickest ice, offering scientists a chance to reconstruct the longest climate recore to date.

The Greenland cores will surpass by 40,000 years the world’s longest ice record, drilled in the 1980’s by a Soviet and French team at the USSR’s Vostok base in Antarctica. 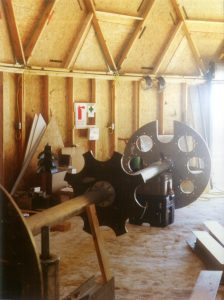 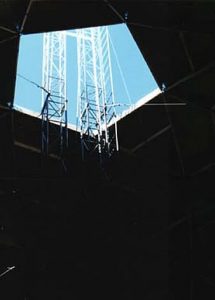 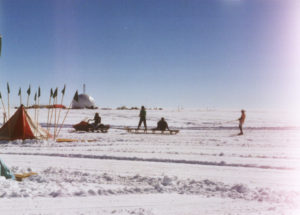 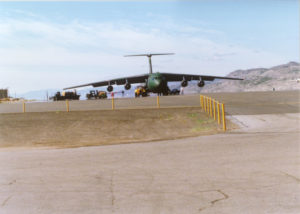 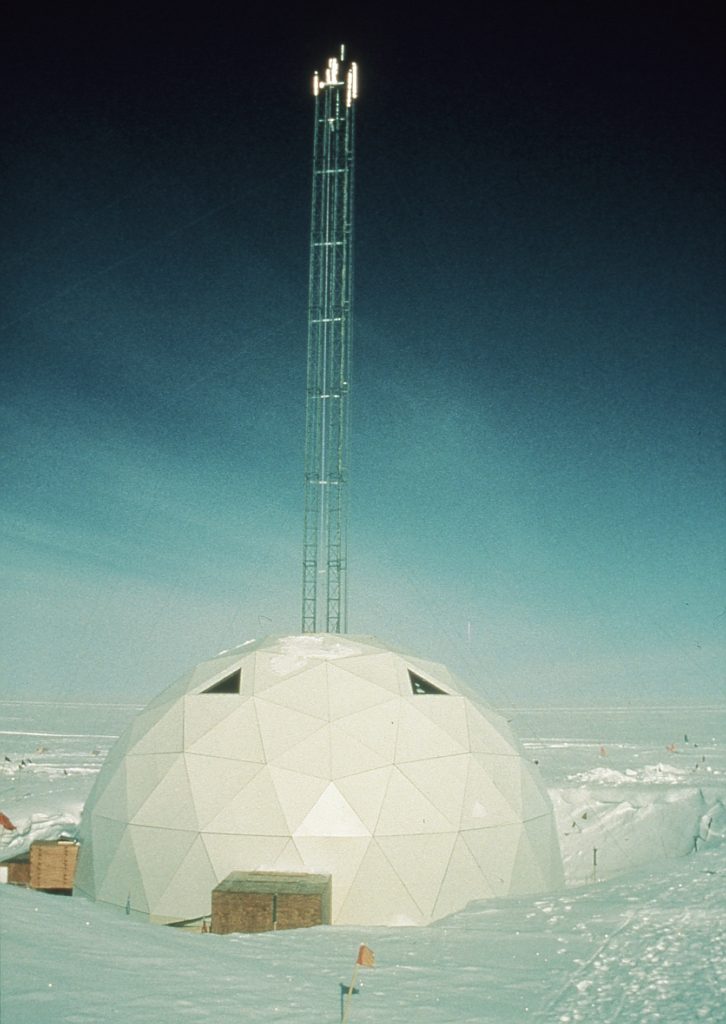